Cock of the Blue Rock

Watching a Blue Rock Thrush on 1980s housing estate in the pretty Cotswold town of Stow on the Wold on the 28th December wasn't where I expected to be spending some of my Christmas leave.To be honest had I had something better to do, such as clearing out my belly button fluff (coincidentally also blue) I would have stayed at home. It didn't impress me that much, in fact it didn't impress me at all as it paraded around the rooftops and I scoffed to one "celebrity" twitcher that it was clearly plastic and would never get accepted. To be honest I have no idea what that statement was based on, like the Grinch I just wanted to spoil the Christmas party. 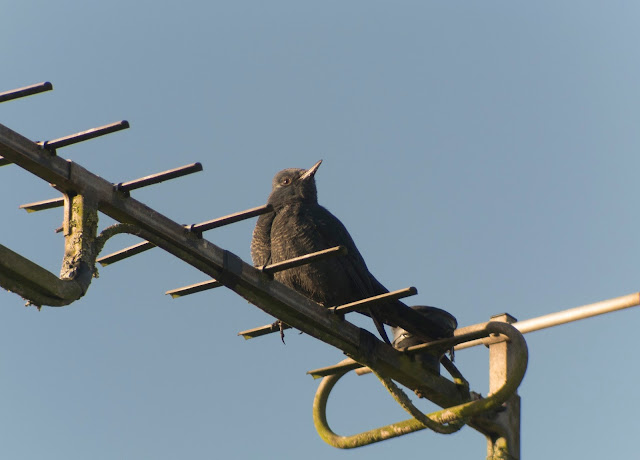 My feelings about it didn't change as it overstayed its welcome into early spring. Then it disappeared and amazingly was picked up at Belle Tout in East Sussex, presumably en route to the sunny Mediterranean.  I guess that doesn't necessarily prove it's origins, but the BBRC have now deemed it acceptable. However just because a group of middle-aged blokes agree that this (and all those dodgy ducks) are tickable it doesn't mean that we should bow to their superiority and accept their decision. No I am better than this, I made my decision to tick this bird back in April (when it appeared at the latter locality) not because I thought it was a relocating lost migrant, oh no this was based on one thing.... I dipped the Scilly bird in 1999 and it hurt!

Next one to go on the list will be the Dalmatian Pelican - purely on the basis that I waited until October to see it and it was great!


Whilst on the subject of ticking stuff; I had a quick look at my new I.O.C list this evening - I wish I hadn't. Gained one with the split of the Bean Geese, but lost Thayer's Gull, Hudsonian Whimbrel and a Redpoll.