24th January. Along The Rother

A decent bit of sunny cold weather gave Jo and I the chance to have a nice birding walk taking in the sites that lie along the Rother namely RVCP, Pit-house West, Woodhouse Washlands, Treeton Dyke, Catcliffe Flash, Bole Hill Flash and Blue Mans Bower. I am rather lucky in that I have a good diversity of sites within walking distance of home however all of them were pretty birdless today, however Pit-house West held a nice flock of around 140 Lesser Redpoll which posed long enough for me to dust off and become reacquainted with the Nikon. At Bolehill a group of shot gun toting wankers appeared to be shooting at the local corvids for no reason at all other than they could. 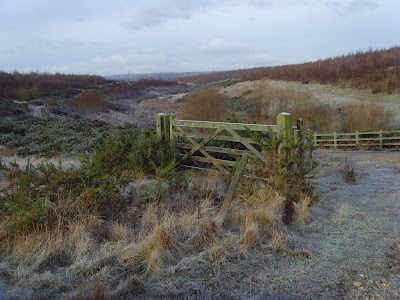 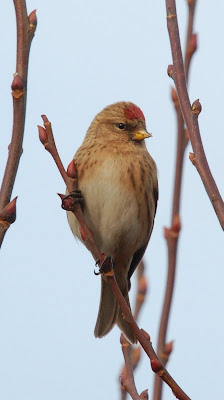 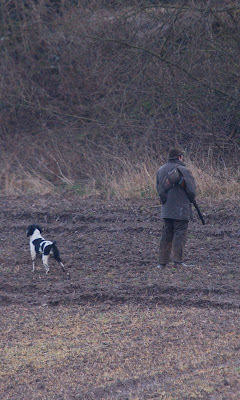 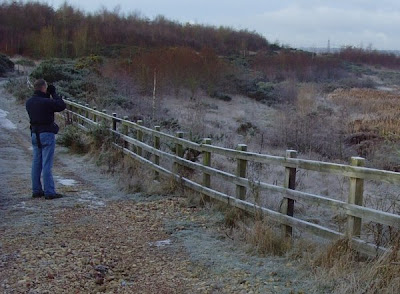 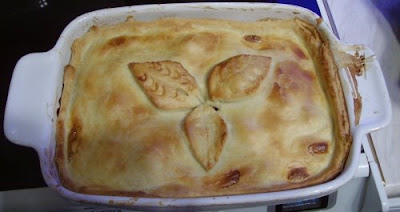 At last some pie action with this 10 point affair from Jo.
3 comments:

Birding highlight of the weekend was the monthly WEBS count at RVCP. No surprises really, though in excess of 700 Lapwings was notable. With the lack of birding highlights I decided to cheer myself up with a look at the October flights to Shetland and ended up booking my place for eleven days from the 3rd - hurrah!! £153 return still cheaper than Scilly and a hell of a lot better birding. Hopefully the landing will be better than this!


Note in the video the rarity magnets that are Sumburgh Head and Sumburgh Farm where one can admire the 'rares' whilst stepping over dead polecats and kneeling in poultry carcass' - heavenly.
1 comment:

Not surprisingly the recent claim of a Steller's Eider off Morfa Nefyn turned out to be bollocks. I must point out that I was sceptical from the very start, in fact when it came on the pager as an unconfirmed report I proclaimed to a birding colleague that 'I would bare my arse in Burton's window if that turns out to be gen'. Call me a cynic if you like but something seemed wrong with this one from the beginning for instance who the hell would pack in birding and take up golf? Only the Six-million Dollar Man with his bionic eye would have been able to notice that a small duck on the sea looked odd whilst walking down the fairway, the golfer not the duck. As it transpired some moron nicked a pic (taken in Finland) off the internet, flipped it round and sent it to the North Wales recorder. What is alarming is that it took over a week for someone to realise that the exif data just didn't add up i.e wrong dates and taken with a semi-pro setup etc.

Sadly with access to ever developing technology this is something that will increase in coming years. I couldn't help reminiscing and smiling about a hoax that took place in North East Derbyshire back in the early nineties that had one 'leading local birder' almost camped out in the hoaxers kitchen. Originally tentatively claimed as a Siberian Accentor it really gave locals the runa round and even made it into Birding World (see below) Several 'birders' even bizarrely claimed to have seen it!! Hilariously this hoax turned out to be a model, apparently the perpetrator was caught red handed trying his luck a second time but with a new specimen at a local nature reserve. Not quite sure what drove the bloke to this he was actually a birder rather than a Joe public having a laugh but I suspect it was originally a bit of a joke on his mate that went a bit too far. 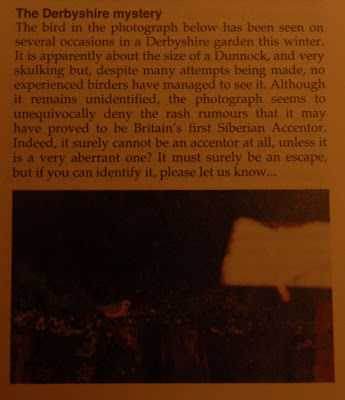 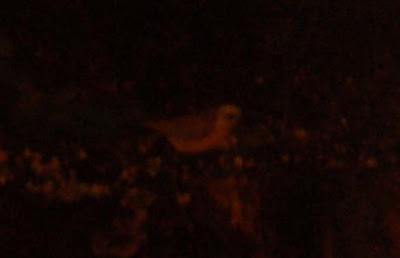 Rare Birds Where and When. By Russ Slack. For those of us who'd rather find our own birds these days this has to be a must, wherever you choose to find your birds be it the local gravel pit or the Shetlands. More information here 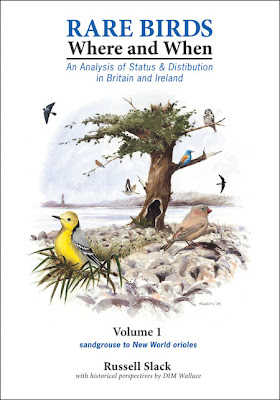 Never mind the credit crunch nor our very own Ginger Nazi prince using the P' word the biggest headline of the weekend should surely go to Cadbury's. For those of you that missed it Cadbury's Dairy Milk will now to carry an allergy warning - 'contains milk' !! Surely the clue is in the product. In an attempt to protect us from harming ourselves I suggest the following health warning. 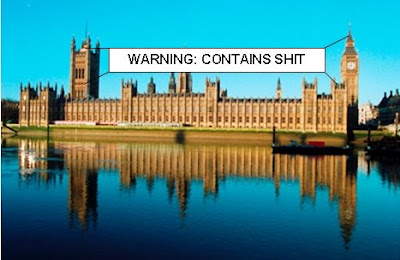 If anyone one is left reading this you will no doubt have guessed that very little birding took place over the weekend. I did however manage to get out for my first ringing session of the year on farm land in Renishaw. Despite subzero temperatures a decent mornings ringing was had. No surprises in the nets but three Redwings gave me a chance to admire this cracking species in the hand - which I have to admit is as easily as pleasant on the eye as any Dusky Thrush. 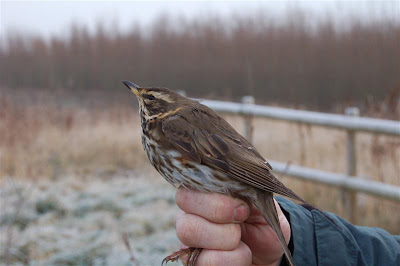 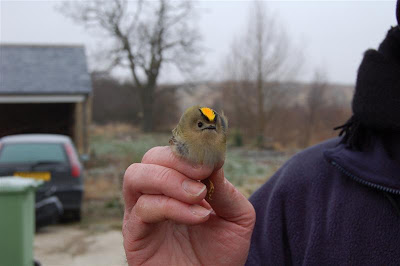 Like most drunken fools I have made myself a couple of New Year resolutions. The first is that for the next twelve months I will resist twitching anything that I have seen previously and stick to watching just the Rother Valley. To prevent boredom setting in the only list will be a self found list following the usual rubber band guidelines.
With the above in mind I spent the daylight hours of today attempting to see as many self found species as possible and despite missing some ridiculous species i.e. Meadow Pipit and Sparrowhawk I still managed a respectable 69 with highlights being Bittern, Pintail and Water Rail.
No comments: