A quiet few days at Orgreave with the highlight being yet another Little Egret (30th) - though this one went straight through south towards RV.

My small garden pond produces little in the way of wildlife, even the booming Smooth Newt population seems to have succumbed this year to a greedy Blackbird, so a lingering and very photogenic Southern Hawker was nice. This female was ovipositing giving me my first chance to photograph this normally hi speed species. 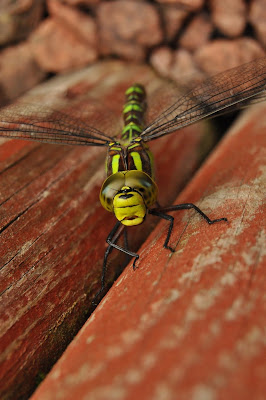 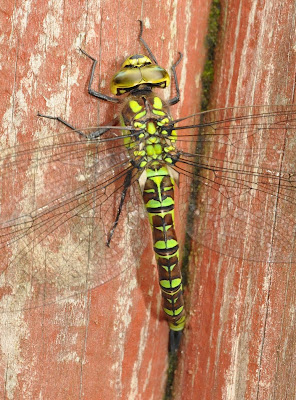 It's been almost two weeks since I wrote a proper blog post and quite frankly I can't promise that this will be one!

As I expected Yellow-legged Gulls have been almost daily at Orgreave since the first one with a peak of three adults on the 18th. Conditions last weekend (17th and 18th) looked promising for waders so it was no surprise that I managed two Sanderling, Greenshank and Green Sandpiper. 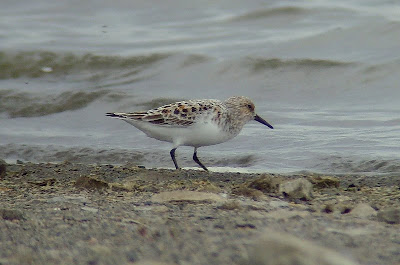 As previously mentioned there were a few Yellow-legged Gulls and it would appear that I am slowly but surely getting into these brutes along with the rest of the large Larids. In a moment of birding epiphany it occured to me that the only reason I don't like the large gulls is simply because I don't understand them. It feels good to get it out in the open, no doubt I'll get some stick for it, but I've never claimed to know anything about them and up to now not made any ridiculous claims - so maybe no one will notice! 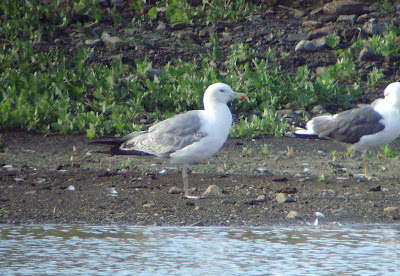 To my surprise I received a call from South Yorkshire Police regarding the Hare incident. The day following my report an efficient officer had called at my house whilst I was out (no doubt raising the hopes of the old bastard next door that I had been killed in an horrendous car accident or was about to be carted off for crimes against old people).
I read the calling card with some optimism and called the number quoted. Finally after speaking to several officers I reached the right officer!
The conversation did not get off to a good start:
Officer "yes sir you reported an animal incident" She made it sound like I'd reported a cat up a tree! After explaining what the incident entailed and asking if they would be prepared to put up notices, indicating that the police were aware of these acts being committed, I was told that they couldn't do that without contacting the landowner and they didn't know who that was. I pointed out to them that it was Hepworth Estates (a division of UK Coal). This didn't seem to sink in as I had to tell her two further times - she still ignored me, saying that this wasn't something that they usually do and that if there were any other such occurrences that I should phone immediately! "What 999" I exclaimed? "Yes if you feel that a life is threatened" she replied.
I can just imagine it now:
Me "Police I'd like to report a crime."
Police Operator "yes sir go ahead"
Me "I am currently witnessing an attack on a defenceless animal by a man with two dogs"
PO "Oh".
Me "It's a crime isn't it?"
PO "Well yes sir it is but not exactly an emergency"
Me "It depends how you look at it. If you had long pointy ears, four legs and had a bloody great dog snapping at your backside you'd say it was an emergency"
PO "I take your point sir but it's not an emergency"
Me "Forget it the dog owner's getting in to his car"
PO "Did you get his registration?"
Me "Sorry no it's partially obscured by dirt"
PO "A Swat team with helicopter backup has been sent sir thank you for calling South Yorkshire Police!"

And now for a commercial break:

Biggest Range Ever i..
Watch the ad...

I saw this the other night whilst slightly the worst for wear following an experiment with a couple of bottles of wine and a Paella. Subsequent searching of the web revealed that It hadn't been some kind of alcohol induced dream! 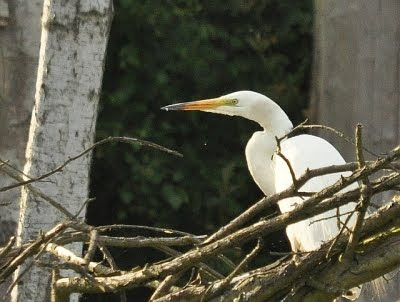 An evening trip to Clumber for this Great White Egret made a change from staring at the slurry at Orgreave.

We all string at some stage during our birding lietime but this guy is major league http://henriraben.page.tl/ making the legend D.I.M Wallace and that bloke on Stronsay look like amateurs. Why not waste five minutes of your precious life sorting his I'D's out?
3 comments:

Question: What have the Leicester Llama and Sir Tom Mckinney got in common? Well there's the obvious, both fronted leading satirical birding websites (before blogging took off) are excellent artists in their own fields, great birders and both have Scottish based surnames. I hadn't given that last sentence much thought when I started writing it - if I didn't know better I'd say they were related. Four lines later and the thing they have in common is that both have paid homage to the legendary Lochinver Larder, during the last six months, quite certainly the greatest pie shop in the UK. I'd just finished my tea when I opened the Llama's email which almost jumped off the page and smeared it's savoury loveliness all over my face. It's been a while since I ate any form of pie - seven weeks in fact - but the photos below may have pushed me off the wagon. I'll leave the last word to the Llama:

"Greetings from a very wet Lochinver, where I sampled one of the famous Lochinver Larder pies at lunchtime - a rich and satisfying Steak and Ale with sumptuous buttery pastry which I awarded a full ten points (or whatever the maximum is for a hot specimen on the pie scale)." 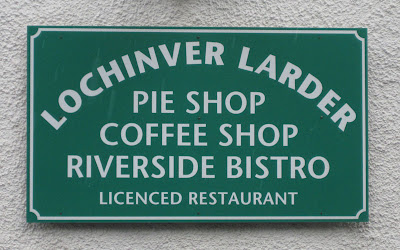 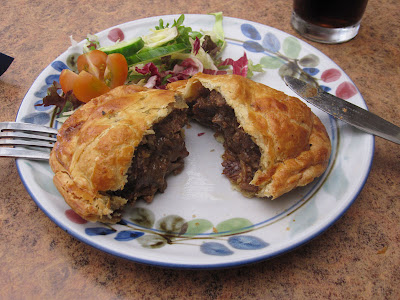 Pie and Peas yes. Pie and Salad no no no 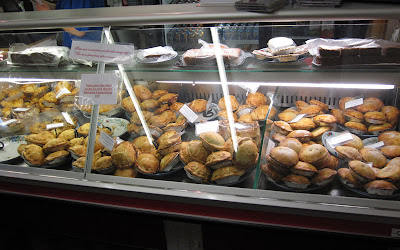 15th July. What you don't know can't hurt you

After last nights thunderstorms an early morning session at Orgreave was in order, in fact the earliest early session that I've ever done there or pretty much anywhere for that matter. So being on site just before 5:30 I headed for the post. Viewing from the post gives you pretty much a complete view of both lakes - at least the best bits anyway. A quick scan of the margins was disappointing and the sight of an approaching dog walker making his way to the waters edge did nothing for my enthusiasm! It got worse however! This was no ordinary dog walker. This dog walker had a couple of lurchers or they might have been slightly overweight greyhounds. Nothing wrong with that, I have at least a couple of birding friends that have greyhounds - what happened next though was very wrong! One of the dogs was purposefully released and for the next couple of minutes set about chasing a young hare exhausting it until it could run no more. The owner walked over collected his prey, congratulated the dog, put the lead back on grabbed the hare by the ears and carried it off! I shouted towards this piece of scum and walked in his direction but he clocked me, picked up his pace and headed off still clutching his 'prize'. I managed a few bad digiscoped shots that have now been passed to the police, but I won't be holding my breath! I guess If I'd arrived at my normal time I'd have been blissfully unaware and as they say "what you don't know can't hurt you" 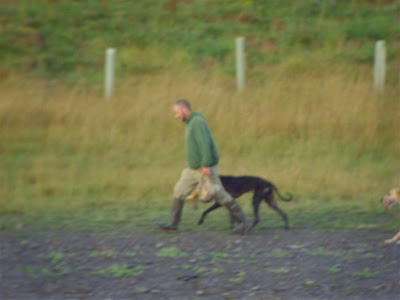 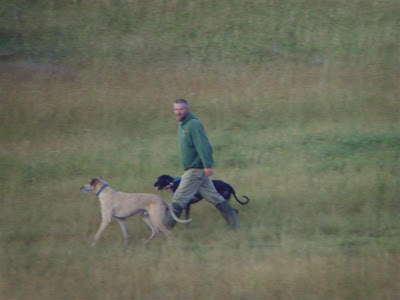 Noticing me he hides the hare 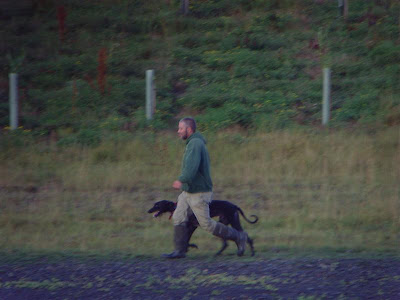 And pretends I'm not there!
4 comments:

Forcing myself to make a minimum of two visits to Orgreave a day at the moment, early morning and hopefully late afternoon before the shit machine walkers descend. Crossing the railway bridge this morning I could see a decent gathering of Lesser Black-backed Gulls on the far shore, the first sign of birds moving back north. Closure views of the flock immediately revealed an adult Yellow-legged Gull amongst them - not really surprising they'll probably be daily for the next few weeks.
Scanning the small lake revealed a cracking summer plumage islandica Black-tailed Godwit a welcome patch tick.
A return visit after work in promising conditions i.e. rain and an easterly breeze, produced just five Dunlin, five Ringed Plover and seven Common Sands, though the Godwit had been flushed by a dog walker around 9am. 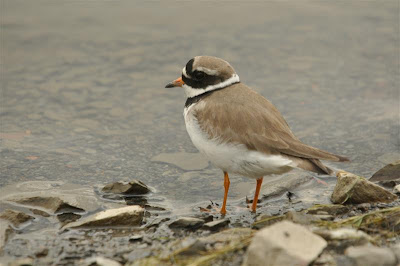 A spot of Moth trapping over the weekend produced about 35 species, though photographing them in the oppressive heat was somewhat testing. 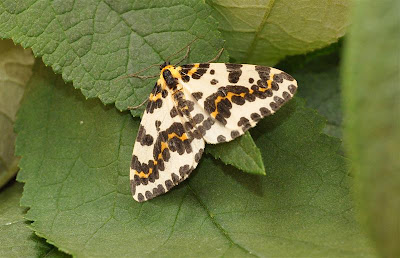 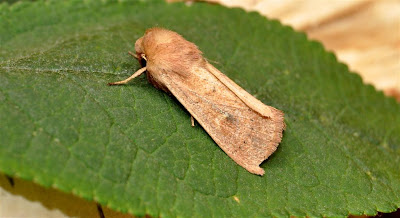 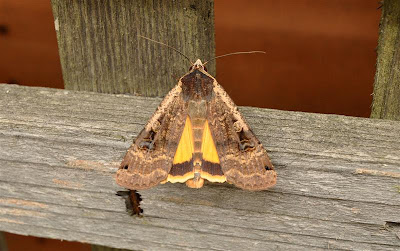 I'm a bit late plugging this, but this has to be the funniest blog currently on the birding scene, it's still a long way behind those old personal favourites The Leicester Llamas and Sir McKinney's Skills and Bills. 'Britain's leading bird spotter' suspects that the latter has a hand in the Cats, though I find Tom's whit bordering on genius and whilst the Cat's is funny it's rather more brutal than Tom ever could be - though I may be wrong!
2 comments:

6th July. A Whiff of Autumn

Despite the summer being only a couple of weeks old I couldn't help getting that autumn like feeling this evening. Around Treeton Dyke some of the blackthorn had fully developed purple sloes, the damsons and hawthorn berries were also well on their way and have you noticed how the nights are drawing in?

Some post breeding movement was evident at Orgreave with a total of 7 Common Sandpipers and a Dunlin mixed in with 6 Ringed Plovers and 7 Little including 3 fledged juvs. A Hobby sat by the waters edge completed an enjoyable evening. 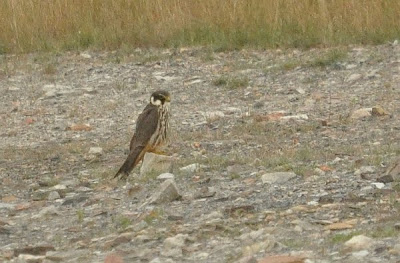 I returned to Orgreave this morning hoping to get some better shots of the grebe. Unfortunately looking into the sun the photos were even worse than the previous evenings so I gave up and settled on checking the rest of the area. Almost immediately three white figures struck me in the glare off the water - bugger me three Little Egrets! Nowadays Little Egrets are ten a penny, however as far as I know this was the largest number ever to occur in the Sheffield area and personally the most birds that I've seen in Yorkshire at one time. Typically they stayed for just ten minutes before heading north. They were later re-found on nearby Catcliffe Flash where at least one found it to its liking and settled there for the rest of the day.

This evening and for the first time in over three years I had the urge to do some proper moth trapping. Nipping out at 3.30, to switch it off and cover it up before the local Blackbird population could tuck in, a sneak peak hinted at a reasonable catch. Stepping over a half butchered rabbit (does anyone have any idea why one particular cat brings back a rabbit every Friday night?) I dragged myself back to bed getting up a couple of hours later to check my haul. Pick of the bunch (at least photographically) below. 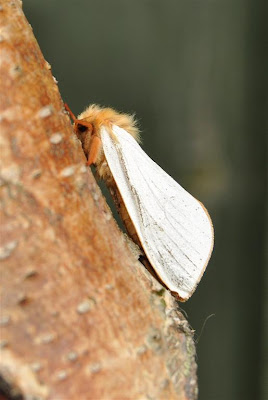 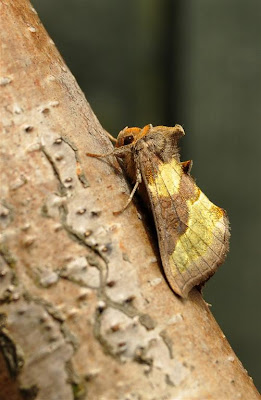 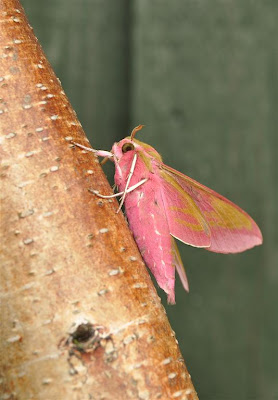 There I was walking around Orgreave explaining to Jo how July can be one of the best months in the birding calendar, when as if to prove a point I picked this up. 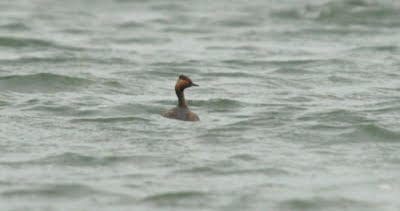 Not the rarest of rares, not even the scarcest scarce but a patch first all the same and possibly the worst photo of Black-necked Grebe you'll ever see.
1 comment: